The Democratic Party is moving further to the political Left, embracing more collectivist modes of ideology and doubling down on their identitarian activism.  Today’s typical “Progressive” is now a caricature of my generation (Generation Y, the millennial generation) and it’s embarrassing; from screaming at Republican senators in the nation’s capital, to banging on the door of the Supreme Court of the United States after the confirmation of a new conservative-leaning Justice, to forcefully shutting down academic events hosting conservative speakers, it is apparent that Leftists (not liberals) are becoming more radicalized in this strange post-truth era.

How did we get here?

I think it started with internet connections and the World Wide Web which dramatically increased access to information for the general public.  Greater access combined with more diversity is a double-edged sword in media because, with more choices of programs, confirmation bias becomes more prevalent; individuals will naturally gravitate toward programs that confirm what they already believe.  This is why it is so important to make an effort to seek out points of view alternate to your own.  The American public is currently experiencing the negative, balkanizing effects of confirmation bias.

I think the solution to our wide-spread confirmation bias ironically involves the very tools that encouraged this virus of the mind, although it also requires a change in mindset in each individual.  We need to consider different sources, the motivations behind particular narratives, and power bases behind specific media companies.  The ideological leanings of a journalist or commentator affects their news coverage as does the primary financing of an organization.  In short, we need to be more skeptical.

Skepticism requires curiosity and acting on curiosity requires initiative.  Journalist Tim Pool points out one the most stark differences between the political Left and Right today: the Left generally has no qualms with alienating individuals whom disagree with their mainstream narratives while the Right is constantly seeking out disagreements for the sake of discourse – the Left pushes people away with their dislike for nuance while the Right is actively recruiting people.  This new inclusiveness on the Right will likely lead to a new conservative movement among younger Americans.  We’re already seeing rising conservative media outlets catapulting young and energetic talking heads to national fame – figures like Ben Shapiro, Tomi Lahren, Roaming Millennial, and Dave Rubin are immensely popular with young people partly because they don’t condescend young people about how “oppressed” they are by forces beyond one’s control.  A general narrative on the Right is one of an individualistic spirit of exploration and invention endemic in American history.

Liberalism was once the champion of individualism and personal liberty but liberalism has been corrupted by its own hubris.  Leftists coming to dominate the fields of entertainment became obsessed with the appearance of diversity while ignoring diversity’s most important facet: the intellect.  Now, the intellectually lazy neo-liberals are being beaten in the marketplace of ideas by their Right-wing counterparts who still see value in showcasing diverse opinions regardless of appearances and communicating across ideologies.  If the Left wants to have a fighting chance in this new media landscape of individualism and curiosity, I think they need to rediscover liberalism and the intellectual traditions of Western civilization – from Hammurabi’s Code, to the oratory of Pericles, to the revelations of the Enlightenment, to the rational populism of Presidents Roosevelt. 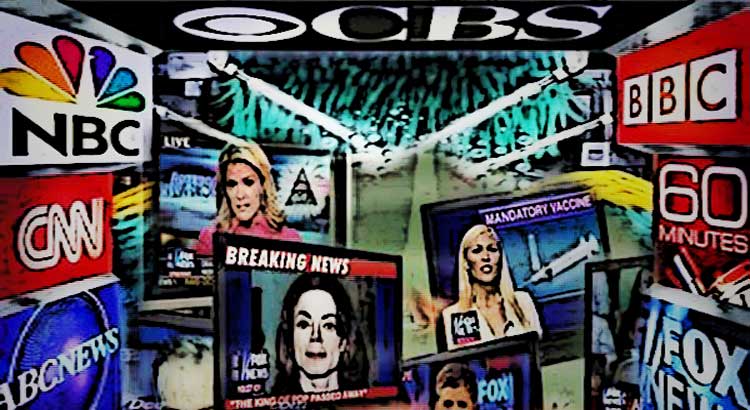 If you ever find yourself the target of an angry mob over something you said on a media platform, DO NOT make a public apology. Double down on your ideals and embrace the hate.

The media outrage machine is arguably a product of the 24-hour news cycle and the extreme partisan climate Americans see in our politics these days. When television news stations run programs all day, every day, how much of what they’re covering is actually news worthy? What is news worthy? What topics are simply used as filler for day-time programs?

I think a news station that is required to run programs all day, every day, is destined succumb to partisan play (catering to a particular faction or ideology). Political journalists should be writing about promises from political candidates, candidates’ financial sources, financial corruption, elections, votes, election fraud, voter fraud, legislation, government appointments, government edicts, conflicts of interest, (you get my point) any number of issues relating government functions and public transparency. Drama between two specific commentators is not news worthy.

The new poster boy for the Democratic Party, David Hogg, was wrong to sick his sycophants on Laura Ingraham and attack Ingraham’s advertisers. Ingraham’s initial tweet about Hogg and his college aspirations wasn’t even that insulting compared to most political insults these days and, in any case, she already apologized for it (something Ingraham should not have done). Ingraham should have ignored Hogg’s whining and continued with her usual banter. On the flip side, Hogg cannot step into the political arena and then claim the victim card once he’s criticized. I don’t care if he’s a high school student, his ideas (like everyone else’s) are not immune to criticism.

I suppose I should be cheering Hogg and Ingraham for further contributing to the fall of mainstream media. That’s what happens with a business model that caters to the lowest common denominator of our society.